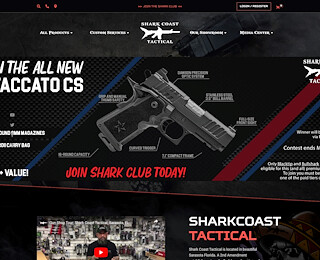 There is a lot of confusion about which ammo to buy when you are new to rifle ammo. Many instructors or teaching materials will break down what you need to buy for the 5.56 chamber rifles and their different types in the market. Unfortunately, the different types and terminologies are often purely sloppy and do not present apparent differences in our minds. The following is a quick guide on the 5.56 ammo and different terminologies.

Is there a difference between the 5.56 NATO and the 5.56 x 45mm NATO? The 5.56 x 45mm NATO was initially used in the 70s, with a heavy basis on the .223 Remingtone cartridge. 5.56 NATO is a 1980 invention consisting of several different ammo. It upgraded 5.56 X 45mm NATO with a 62-grain FMJ bullet fit and a 7-grain steel core penetrator. The NATO stamp is not indicative of their difference, but an indication of adherence to the NATO specifications of ammunition.

The following is a list of the most common 5.56 ammo in the United States and does not exhaust all types available in the market.

The M193 cartridge is the original 5.56 round by the military. It was first launched in 1964 with a 55-grain bullet fit and metal jacket and did not have markings or a casing. Instead, they have a sealant to prevent moisture, hence are highly convenient for military use. The current M193 has significant upgrades from the original one, adopting different NATO engineering protocols.

The M855 cartridge is a Belgium invention with a green tip to identify it as a steel penetrator. The ammo is not convenient for soft targets, which is a designation for the M193. A more accurate perspective is that the M855 will pass through soft tissue instead of causing fractures and damage. It is important to note that the green tip or primer does not lessen the performance or make it too thick for penetration. The M855 has a short-range, falling short of M193’s 440-meter range by at least 140meters.

The M855 and M193 may sometimes have an X in their name. The X does not make them any less potent than the rest; instead, it means they were set aside for civilian use.

The M196 has a red or orange tip to indicate that they are a tracer round; tracer rounds leave a trail of the set color every four rounds or so.

The round does not have powder or a primer at the tip to penetrate the target with dry fire. The physical traits of the bullet make give the name dummy bullet, in comparison to other cartridges.

This is the functional casing with gunpowder, but it does not have any real bullets inside. Instead, it has crimping to allow pressure to build up in the chamber, so the handgun can cycle as though it was firing live ammo.

Check out our online list for a comprehensive list of our 556 ammo and Visit our fantastic gun showroom (Mon-Sat, 10:00 am to 6:30 pm) for more details.

Always enjoy responsibily.
Select the fields to be shown. Others will be hidden. Drag and drop to rearrange the order.
Click outside to hide the comparison bar
Compare